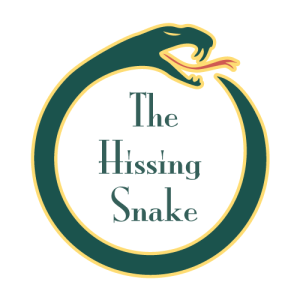 Do you often wonder how you could better protect yourself from going through so much pain in your relationships?

Is it possible that a great deal of your pain and drama could be resolved by setting healthier and more effective boundaries?

Let me share with you, my version of the story of the snake and the wandering monk.

The snake in our story lived near a village and would bite, without any good reason, every passer-by who tried to cross the forest. The locals advised avoiding the snake’s territory.

A wandering monk, new to the village, decided to ignore the locals’ warning. He thought to himself: “I’m not afraid of snakes. I know some tricks.”

The monk continued his journey. As he got closer to the forest, the snake moved swiftly towards him, ready to attack. Immediately, the monk recited a magic mantra and POOF!

The snake’s aggression disappeared and it lied down like an earthworm at the monk’s feet. The monk approached the snake and asked: “Why do you go about doing harm for no reason? Come, I will offer you a holy word… This will help to let go of your violent nature.”

The snake bowed before the monk: “Revered teacher, how shall I practice acquiring virtue and compassion?”

The monk replied: “For now, repeat the holy word regularly and you will find inner peace. Do no harm! I shall see you again, soon.”

Days and weeks passed and the villagers started noticing that the snake has been very quiet and harmless. So they picked up stones and started throwing them at the snake. The snake showed no aggression, nor anger, and kept reciting the sacred words.

Eventually, one of the boys summoned up courage and got closer to the snake, caught the harmless snake by its tail, whirled it around and around, dashed it on the rocks aggressively and threw it far away.

The snake’s bones were crushed and its internal organs were severely damaged. Vomiting blood, it gradually became unconscious. Hours and days passed till finally, the snake opened its eyes. Slowly and with great difficulty, dragged itself home.

The villagers found themselves a new hobby and kept coming back to beat the already broken snake, for no good reason. Eventually, the harmless snake decided to move to another part of the forest, far from the reach of the villagers.

A few months passed, and the monk came to that village again. He inquired about the snake and was surprised to hear that the villagers thought it was probably dead. The monk couldn’t believe it. So he decided to go to the forest and search for the snake’s nest.

Hearing the monk’s voice and footsteps, the snake dragged itself out of the nest. It was mostly skin and bones. It bowed with great reverence before the monk.

Monk: “How are you, dear snake? What has become of you?!”

Snake: “I am fine. You asked me not to harm anyone and I followed your teaching. Since then, I stay most of my days in my corner, and come out only at nights to eat some seeds and fruits.”

Monk: “It can’t be only the food that has reduced you to this state. There must be another reason.”

Snake said with pride and satisfaction: “Sometime after my practice, the villagers started throwing stones at me. They saw no reaction from me, so they came closer and beat me violently to death… I didn’t do anything and let them beat me up until they would get tired and let go of me. This situation continued for many months then a few days ago I decided to move to this new nest.”

The monk sadly shook his head and sighed.

The snake looked puzzled: “Teacher, I finally developed the virtue of non-aggression. I am a transformed snake!”

Monk: “What about the virtue of self-care and self-respect, dear snake?! What about non-aggression towards yourself? I asked you not to bite, but I didn’t ask you not to hiss!”

Honouring your own boundaries is the clearest message to others to honour them, too.

We live amongst people with different temperaments and capacity to tolerate stress based on their level of personal development. At times, we need to put up a show to protect ourselves from needless pain. Be careful not to mistake this with being selfish or aggressive. Protecting oneself is an act of compassion and self-respect.

Taking care of yourself is not only your right but also your duty. “No harm” implies not causing any pain through your thoughts, words, and actions to anyone – including yourself. Being nice means being compassionate towards all beings – and “all” includes you.

One way to achieve this balance is to know your rights and to work on setting healthy boundaries effectively. It is possible to be virtuous and harmless, yet at the same time be firm in asserting your rights, and protecting your space.

You may come across people who violate your personal space constantly. Sometimes, clear and assertive communication is enough to stop that. At other times, the best remedy can be to move away from those who lack awareness or respect towards other people’s feelings, values, and choices.

Setting boundaries is a way of caring for myself. It doesn’t make me mean, selfish, or uncaring because I don’t do things your way. I care about me, too. ―    Christine Morgan


Please help raise awareness by sharing, so more can benefit.

I’d love to hear some of your stories and realizations in the comment section.

You may enjoy reading my related posts:

2201
Download Your Free PDF
How Not Setting Boundaries in Relationships Causes Pain
I guarantee 100% privacy. Your email address is safe with me.